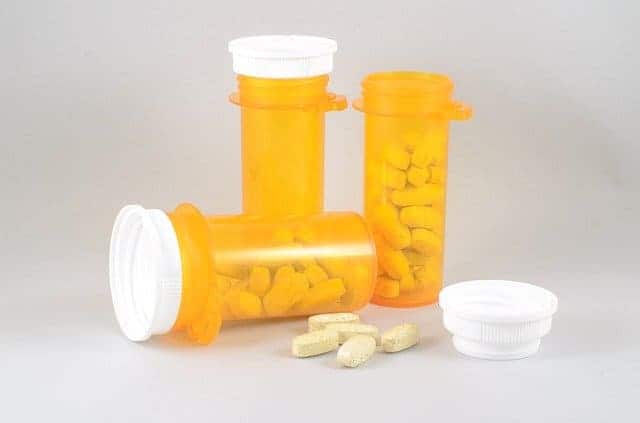 Oxygen Absorbers are small packets that contain an iron powder. These packets are made of a material that allows oxygen to enter but does not allow the iron powder to leak out. When an oxygen absorber packet is removed from its protective packaging, the Oxygen molecules & moisture in the surrounding atmosphere begins to permeate into the iron particles inside of the absorber packets. Available moisture activates the iron, and it oxidizes to form iron oxide. Typically, there must be at least 45% relative humidity in the surrounding atmosphere before the rusting process can begin. To assist in the process of oxidation, sodium is added to the mixture. Sodium acts as a catalyst, or activator, causing the iron powder to be able to oxidize even with relatively low humidity.

As oxygen is consumed to form iron oxide the level of oxygen in the surrounding atmosphere is reduced. Absorber technology of this type may reduce the oxygen level in the surrounding atmosphere to below 0.01%. Complete oxidation of 1 g of iron can remove 300 cm3 of oxygen in standard conditions. Iron is the most useful as it does not cause odor like sulfur compounds or passivate like aluminum compounds. The moisture requirement of iron-based scavengers makes them ineffective in moisture sensitive applications.

Hence to resolve this issue, Sorbead India product “oxygen-absorber” has a slight proportion of water already present in the sachet hence it instantly activates upon exposure even under relative humidity less than 45%. The Oxygen Absorbers for Pharmaceuticals are highly recommended to oxygen-sensitive drugs & found to use for all those sensitive drugs which are amorphous & spray dried API. They are available in various sizes and absorption capacity, making it suitable for both bottle and bulk packing. The paper and the ink used to print on the Oxygen Absorbers Packets are all food-grade hence it can be used in direct contact with the drugs. Even during accidental consumption, there is no damage to the human body.